This last weekend started off with a bang as we headed to Lahti for a very quick one hour criterium around Fellman Park located in downtown.  Before the race we received new helmets from our sponsors called the Giro Air Attack.  We looked like Darth Vaders invading the course but they are very nice helmets.  There were a few Estonian teams, a French team, and some other very good quality riders.  The race started off with Kim Mansner(whom recently won Giro d'Espoo) quickly going off the front as we tried to slow it down behind.  Soon after all of us at some point tried to bridge across to get another guy up in front but we didn't quite make it.  At some point I made it alone about 20m behind the break but couldn't close the gap.  Soon Jussi Veikanen bridged across and it made for a tough race for Kim as he was outnumbered.  He held on valiantly though and got a very nice third place.  Paavo Paajanen (TWD-Länken) won the day from a late attack. On the last lap we made a nice lap lead out for Kimmo whom won the field sprint for 8th.  It was another good day and was pretty fast!  I checked my average speed and we had a 46kph (28.5mph) average for the race.

On Sunday we had a 170km road race in Porvoo.  With a large field of over 100 riders and several international teams it made for a tough race especially with unseasonably warm weather.  The course was rolling and twisty as in the longer 20 km laps we sped along the river and then turned back into town up to the start/finishing straight at the top of this longer hill.  This was followed by some short 5km finishing circuits up the same hill.   In the beginning we were marking attacks.  Kimmo took off and shortly later I bridged across with another rider.  Unfortunately I kind of blew going across and then the break was caught.  Kimmo didn't waist time though and quickly sped off again.   His group gained at some point about three minutes.  Marek, Kim, and Roope tried to chase down all the moves and I tried to pitch in where I could still gassed from the first lap.  Finally Marek got away with Jussi V. and bridged up to Kimmo.  Kim tried shortly later to bravely come across alone but ended up in no man's land and was eventually swallowed up again.  The lead group splintered at the end and it was a very close finish with Marek coming 2nd behind Paavo Paajanen (TWD-Länken).  Marek rode as strong as an race horse.  Kimmo held on to 10th place after a  long day out front.  The rest of us just tried to survive in the main group.  The race average speed was pretty high again as I recorded 41.8kph for the 170km.  It was another great performance and Marek rode really strong once again.

The two days were pretty successfull again as a team!  Thanks once again to our Sponsors and to Tuomas Pernu.  A big thanks to the Nurmi's once again for providing us with all the support as it wouldn't have been possible without them.  Also a big thanks to all the people whom came to cheer us on!  It was a very nice weekend and I can't wait for Mid-Summers and the next race!  Thanks again for reading!  Stay tuned for updates!

Posted by Unknown at 3:21 PM No comments:

A Week at the Summer Cottage and Climbing at Olhava

Last week Annina and I headed for the summer cottage for a week since she had the week off from work.  It was really nice to come to the cottage for the first time since the snow had melted.  It seemed like a whole different world with the green shades, birds chirping, and the ever buzz of forest life.  We arrived and I decided to put in the dock for the spring which is always quite a chore.  It went in very smoothly and then we enjoyed a nice sauna and an amazing first night sunset.  We thought we were lucky but every evening the wind stopped as if turned off by a light switch.  It was amazing also that everyday it was sunny and we were treated to those wonderful calm sunsets painting the sky. 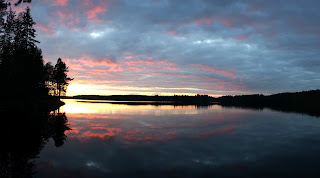 In between the calm sunny evenings we were treated with wonderfully warm breezy weather which kept the mosquitoes away.  It was very pleasant as I managed to pull for several days weeds from the field and the surrounding area.  The weeds that we have are very strong and very strange as they even manage to kill themselves eventually.  Since we have started picking them our blueberry bushes have really flourished and multiplied in vast numbers.  Makes for very nice picking and summer pies!  I also managed to cut a lot of the other tall weeds from the field in order so that we could actually use the field as a field.  We also cut a few of the dangerous dead trees near the field down which we copped up to use as firewood. 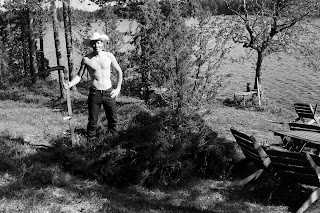 We also did some other spring chores such as scrubbing the sauna which wasn't the easiest of tasks.  It seems like the ants have been really invading this year and it was a week long battle to keep them out of the sauna.  We finally managed after a good scrubbing and spraying several times.  Annina also gave the outhouse a good cleaning which always makes it a bit nicer.  Besides that I started to replace the rotten step to the shed and I reinforced the slightly ajar door a bit so that it could actually close on its own.  It isn't perfect but it is certainly better!

One afternoon I snuck off for a quick bouldering session on the large island in the lake.  It was pretty awesome as there is this huge boulder in the middle of the island.  I cleaned two very nice technical problems which were pretty tough to work but was great fun! 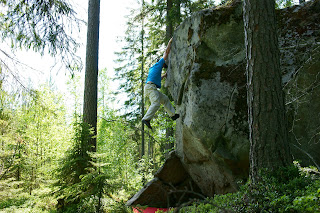 Otherwise we just relaxed and really enjoyed the weather.  I tried valiantly but to no avail to fish.  I just couldn't manage to catch anything.  Despite this we made a very nice Rainbow Fish soup which turned out to be fantastic!  We also went rowing a few evenings and really had a great time!  When Friday of the week came we packed up and headed home.  It felt a bit strange to come back to town after it was so quiet at the cottage.  I wish in many ways we could just live at the cottage and live the simple life. 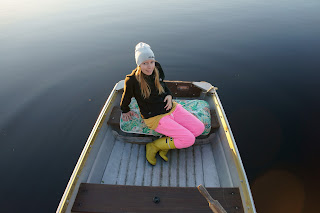 Saturday morning Annina headed off to Copenhagen for a quick visit while Johan and I headed to Olhava which is about 60km from the cottage to go climbing.  We finally arrived late in the afternoon on Saturday and found our way to the cliff.  We climbed the first line okay but it felt scary as the route felt insecure the whole way up.  The weather was melting hot so we called it a day and we headed down the winding dirt roads to the cottage.  We enjoyed a nice sauna and turned in relatively early so we could hit it hard again.  The next day we arrived to find the place buzzing with climbers almost resembling an indoor gym but outdoors.  Due to the crowds we decided to go to a part of the cliff which isn't climbed very much.  We met a very dirty route called 'Cowboy' which climbed straight from the lake and was very very dirty.  A bit frustrated we decided to go for a swim after quite an adventure.  We realized somehow by magic that all the other climbers had dissipated while we were swimming!  So we decided to climb one nice last popular route called 'Suuri Leikaus' which was very very nice. 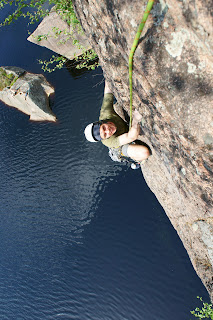 After we had climbed the route we walked the seemingly endless road back to the car.  We had a very nice scorching weekend and started to head home.  Overall the last week has been splendid and totally surreal especially with weather compared to Greece!  After a nice week of training on the bike there are two races this weekend!  It should be exciting!  Thanks again to Annina and Johan foe the great times!  Thanks for reading a stay tuned! 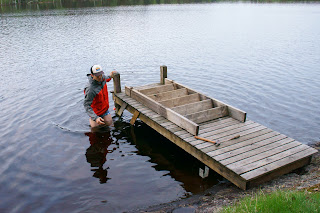 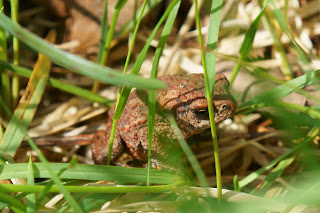 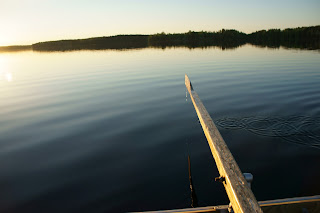 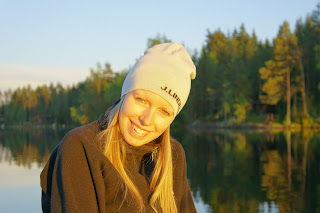 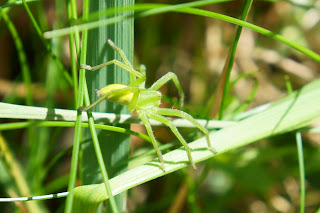 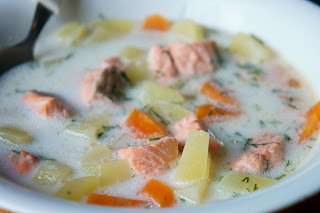 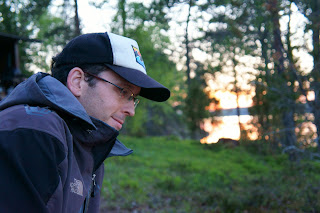 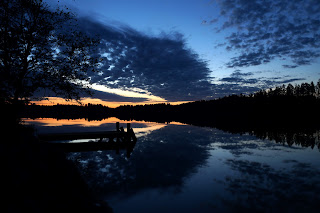 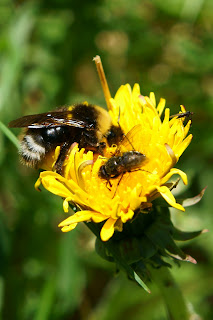 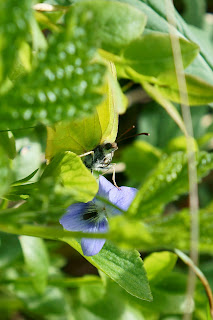 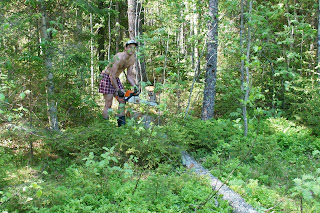 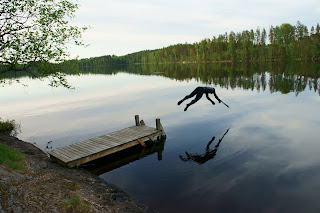 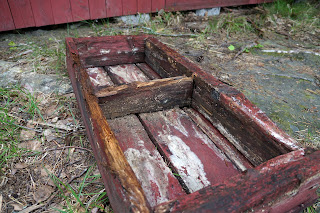 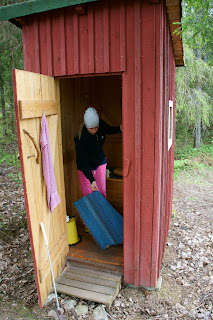 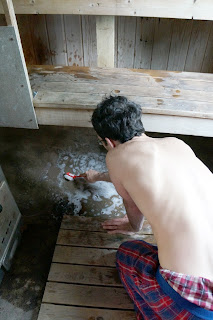 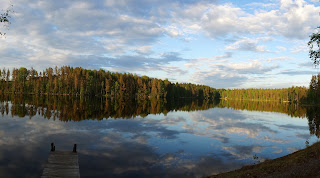 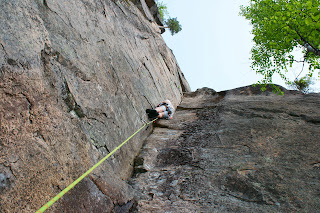 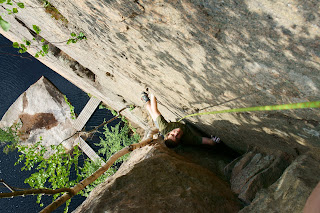 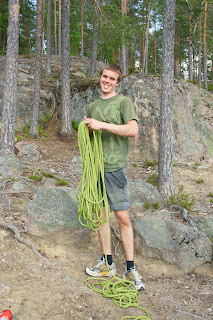 Posted by Unknown at 2:34 PM No comments: