City of Lights and Awesome Ice

The last week has been another busy week!  The week started off with a fantastic display of lights around Helsinki.  There were shows where the light were dancing to music and some very stunning lights.  I had a short walk around the downtown area and had a nice time.  It was very amazing as they even lit up the Post building and the Olympic Stadium as they changed colors.  When have you seen a purple post building?  Then afterwards I went to meet Johan, Anton, and Denis in Vikki to play some hockey.  It was quite funny as we ended up making teams from some younger kids at the rink.  It was a fantastic evening and was really great to get out on the ice again. 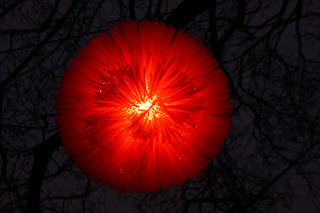 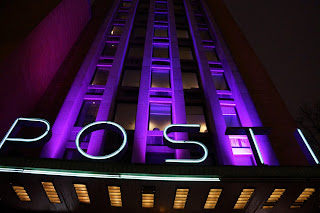 Between all the skiing, hockey, and ice climbing Annina and I went for a nice ski along some local groomed tracks.  It was great fun and we had fantastic weather.  We skied towards Husö a place not far from our house. The day was fantastic and we really enjoyed ourselves.  It was really great to get out and go skiing together.  Besides that ski, I have been trying to sneak out almost everyday to go skiing on the local tracks.  It has been great fun although I have a long ways to go in the fitness side to get in proper shape.  I hope that it will dump more snow again soon so I can do more back-country skiing again.  Overall though it has been great fun and it feels nice that the real winter has set in. 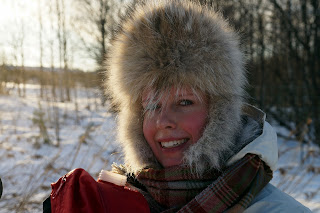 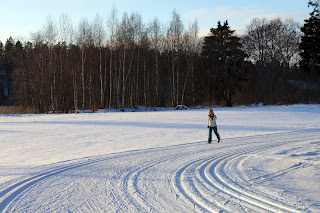 One evening late last week Juppe and I went to check out a new place for ice climbing.  It is pretty cool as it is located only three minutes from my house.  Although it isn't allowed to climb there it can be done and most of the workers in the area seem pretty nice.  It is quite an amazing place as there are so many lines to do and quite tall for the Helsinki area.  Juppe and I were surprised also as there are huge flood lights so it didn't really matter that we were climbing in the dark.  We managed to do four of the smaller lines before we called it quits.  It was a very good session thanks to Juppe.

Yesterday I met Toni and Toby although the latter was running a bit late.  We went to visit the same area but this time during the day.  The workers said we could only climb for a certain time so Toby decided not to come down.  He did however get some nice pictures from a distance of our first climb.  Because of the limited amount of time I decided to lead a WI4+ line straight away.  It was pretty nice but felt very hard for a warm up and would have preferred to warm up on something easier.  I felt fairly comfortable and was maybe my best ice climb yet this spring in terms of consistent vertical ice.  Afterwards we went to the smaller sector again and quickly did a bunch of routes before we headed out.  It was another fantastic day and was really nice to see Toni before he moves to the US.


Overall the last week has been busy especially since I have been also job hunting at the same time.  I hope I can find something back home so that we can also move back to the US.  I am sure something will work out sooner than never.  In the meantime I will try to adventure as much as possible here in Finland!  I am also sure there will be plenty more of adventures this next week.  Thanks for reading and stay tuned!
Posted by Unknown at 2:43 PM