A Snowy Weekend at The Summer Cottage 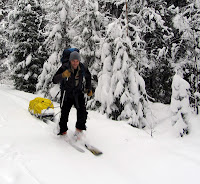 Last weekend Annina and I headed to the summer cottage for a four day weekend.  This was due to Finland's Independence day on Thursday and then we both took Friday off from work.  When we arrived on Thursday morning we found surprisingly that there was not too much snow and we were barely able to drive the car in.  We decided to watch the weather very carefully so we did not get stuck at the cottage.  After about 4 or 5 hours we finally warmed the house well and settled into watching the Independence Ball.  It is held every year at the presidents palace and usually most Finns watch it.  I was surprised we were able to watch it on my phone live!  It was a funny feeling sitting next to the fireplace but was nice to see it and gave the feeling of Independence day.

The next morning it started to snow heavily so we quickly moved the car out and then had to ski back to the cottage with the sled.  We were just in time as the bottom of the car was dragging the whole way out.  Good thing we have good spiked tires!  When we came back I made a nice ice hole in the lake.  The ice was fairly thin at 4cm and you could here it crack when I was standing on it.  So we made the hole very close to shore in a hope of swimming later while in the sauna. Each evening though while we were in the sauna the weather was very windy and snowy so we passed the swimming up.  In the end I ended up just jumping in the snow instead to cool off! 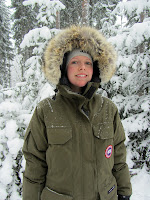 The days seemed to fly by and we skied in the days and had look around the forests close by.  We were looking for signs of the wolves that were there last year but we didn't find any tracks.  We didn't see many animals around except a funny flock of birds and a funny looking squirrel.  Even though we didn't do that much during the time the main goal of the day was to cook dinner and warm the sauna.  So simple and nice.  We even managed to smoke a Norwegian Salmon one evening.  mmmm.   The time zipped by way to fast and then it was time to pack up and go home.  It had snowed almost 25cm (almost a foot) or so since we had come. Luckily I had my expedition sled so we stuffed it and headed out.  When packing up the car the local farm dog sort of snuck up on us and gave us a funny visit.  She was very kind and inquisitive and gave us a goodbye.

It was a wonderful and much needed relaxing weekend.  We plan to return for Christmas and spend it there.  Should be fun as we plan to decorate the place and cook a grand meal.  We already have started by decorating with porch lights.  Can't wait and I am sure there will be more adventures between now and then!  The rest of the pictures are below!  Thanks for reading and stay tuned! 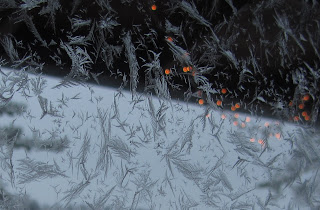 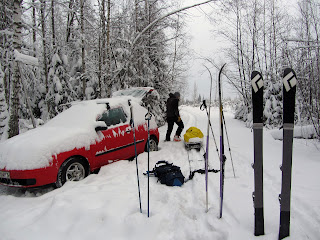 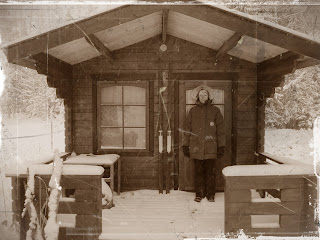 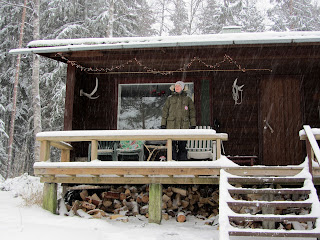 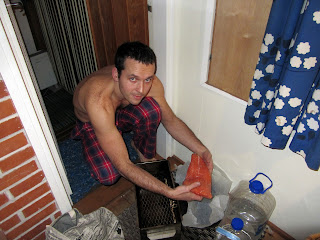 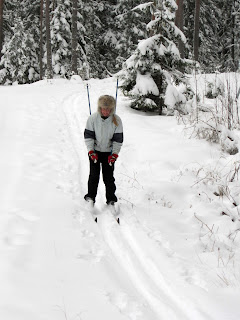 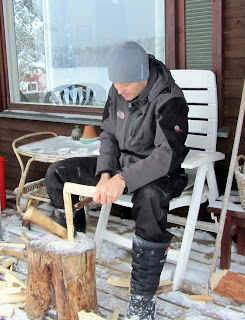 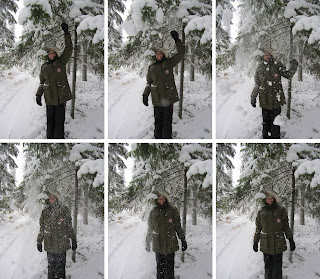