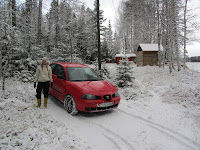 The last month has been quite busy as the darkness has started to set in here in Finland.  A few weeks ago Annina and I headed to the summer cottage for a nice weekend and prepared it for the winter.  It was interesting as we have also had a small battle with the mice coming inside the cottage all year.  I think we managed to find the solution and it seems to be working.  In any case it was a nice weekend and we were lucky to have just changed our summer tires on the car for the winter spiked ones as it was already a bit wintery there.  We enjoyed a nice dusting of snow before we started taking out the docks and sweeping the roofs.  The snow actually helped with taking out the docks as it assisted the lifting process. 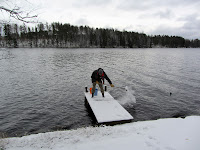 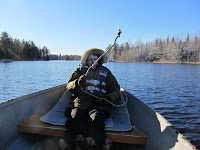 Annina and I also went on a small boat trip and was surprised to find part of the lake frozen.  We also searched for mushrooms and tried to track a raccoon dog for awhile.  It was fun but most of the mushrooms despite still being there were a bit frost damaged.  We were also surprised that the loons were still around.  I guess it seems they are always one of the last ones to leave for the winter.  In any case it was a great relaxing weekend and a relief to get everything done before the winter set in. 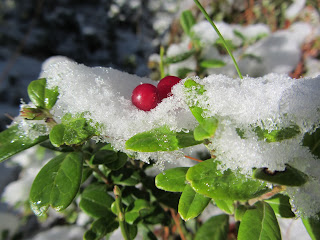 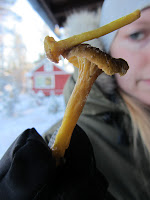 In the last few weeks I started working in the chem lab again doing fuel cell research.  It has kept me pretty busy.  In the meantime I have been searching and biking around our house and near the sea.  Cruising around on mountain bike rides I eventually found a small sea fortress similar to Suomenlina except near my house!  It was pretty surreal and crazy as the wall is about 100m long and there are many rooms underneath which you can walk around in.  In the same forest I did a lot of new bouldering problems between all the rain showers.  With some of my friends we also did a bit of dry tooling to prepare for the winter.  Was great fun!


Last weekend I entered a dry tooling competition.  A dry tooling competition is basically held on an artificial wall without ice but ice climbing equipment is used.  It was pretty cool as about 30 climbers or so showed up.  It was held at the Helsinki Olympic Stadium and went up one of the pillars and up the bottom of the bleachers.  There was a total of 6 routes.  I managed to top out on two out of the four routes I tried before I left.  One of the routes that I topped out on not many of the other climbers managed so I was pretty stoked.  For the final two routes the cue was way to long so I decided to pack it up and head home.  Seems a bit silly to cue in a 1.5hour line to climb.  In any case it was a good experience and I learned a lot and was quite fun. 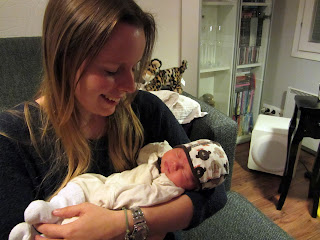 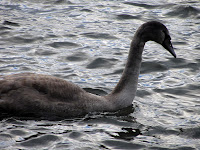 On an exciting note Annina's new neice named Maj was born.  It was pretty exciting time as her family welcomed a new little one.

These next few days it should snow some and then we should have a nice cold snap!  Yeah!  I am really excited for the snow and the ice to finally (knock on wood) to be arriving.  In any case I hope the skiing and the ice climbing will start soon!  Also in one week we will again head up to the cottage for a wintery weekend!  Might even have to ski in again! Thanks for reading and stay tuned! =)
Posted by Unknown at 5:02 PM No comments: