A Wintery Weekend in Sysmä (Himos) 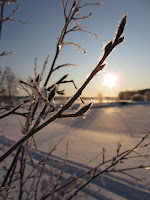 The weekend began with Annina and I frantically trying to get out of Helsinki after work on Friday.  With some high winds and lot of snow our drive which should have taken one and a half hours ended up taking three.  Maybe because it was Friday the 13th or something.  The first gas station we stopped at lost their power so we could not get gas or air in the tires.  Then the second gas station we were able to get gas fine but then the air pump was frozen.  So we continued on and finally found an air pump so we could get the spiked tires all exactly the same pressure.  After that it was much easier to drive on the snow/ice roads.  We finally arrived at Annina's Dad's(Erik) house in Symsä and had a nice warm sauna.  It was great to jump in the snow between the steamy breaks.  Then after a nice meal that Erik and Iria had prepared we called it an early evening and snoozed away. 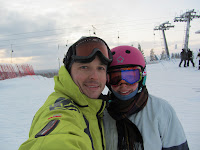 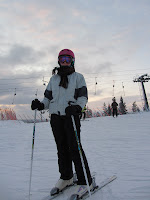 We awoke the next morning to head out to Himos to do some Snowboarding/skiing.  We finally arrived and were pretty excited.  Although the ski hill is about the size of the lowest lift in Montana we were ready to go.  Annina had her new skis and we both started to get into our groove.  After a nice lunch we decided to try and go check out the other side of the resort.  So we went to the farthest lift and took the downhill-diagonal path across the forest to the northern part of the resort.  When we finally got there we found that the other side was completely closed.  Now we were 2km from the other side.  So after deciding what to do we plowed our way back up the hill to the other path.  Full of sweat we headed back to the opened area.  It was sort of a funny mistake although Annina did not find it amusing with her heavy ski boots on.  So we continued the day skiing on the slopes we had visited earlier and I even managed to get some small air off the jumps... It has been ages since I have been snowboarding properly. 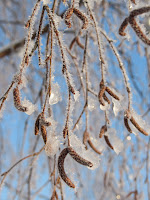 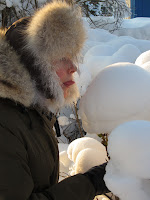 After another hour or so of relaxed cruising we decided to call it a day and head back to Sysmä.  It was a very relaxed nice day with pretty good weather and even some sun!  The next day I was planning on testing my kite but the wind did not want to cooperate.  It was absolutely calm and the sun was shining brilliantly.  So instead the four of us went strolling around the village and had a look at the beach on the lake and the ski paths.  It was a fantastic day.  After relaxing for the afternoon watching the ski races on the TV we started heading home.  It was one of the most relaxing weekends I have had in a long time and was so nice to be someplace with a proper winter.  Felt so good and really fueled my energy.  Thanks to Erik and Iria for such a great weekend! =) 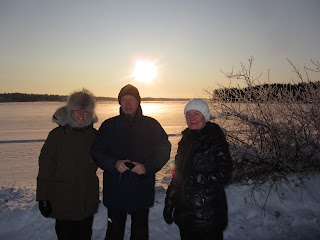 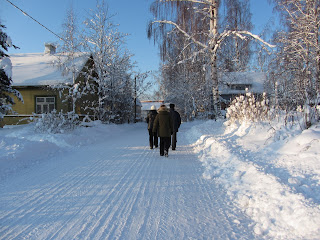 Thanks for reading and stay tuned for further updates! =)
Posted by Unknown at 7:43 AM