This week has been full of lots of outdoor activities. Firstly on Monday after finally recovering from Vappu I went out for a nice climb at Rollarit with Johannes. It was a great time as I managed two pretty new hard sport route graded 6a. It was very productive and felt really good. I also managed to lead another E1 5b called 'Hanging Man'(E1 means it is very hard to protect). It was pretty scary as I had to make a very committing move over a small roof in the rock and had to climb pretty high above the last protection. Although I managed to place 2 cams in the roof it was pretty scary.

The next day Annina and I went for a run in Palohienä. We ran a nice 7km loop in a little over an hour. We walked about half of it but it was really nice to run through the forest and look at all the new flowers and such. Was surprised to find some snow still on the ski path too! Craziness 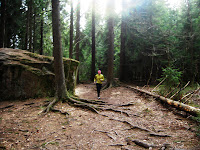 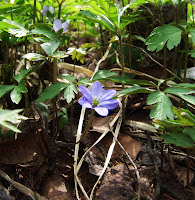 The next day Annina and I went climbing at this new place for us called Tussenkoski. It was a really nice crag. Really funny features as there were these little round pockets into the rock which gave fantastic hand and foot holds. It almost looked like the surface of the moon.=) I managed to lead two fairly easy routes and then Annina easily climbed both afterwards. The second route up this wide crack i think she even made it look easier than when I did it! hehe

Yesterday I woke up pretty early to go climbing at Jaanankallio with Johannes. After finally managing to wake up we managed two nice routes I had climbed the week before. Although they were the same it felt a lot more comfortable leading them. Then on the walk out I noticed that the grass was moving next to my foot. I first thought it was a siisilisko but then realized that the movement was too smooth. I jumped out of instinct and realized it was a black Adder. I tried to take a picture with my phone quickly but it was too quick and swam across a small creek and burrowed into the grass mat. Crazy as it is only the second snake I have seen in Finland! Good thing I had good boots on! 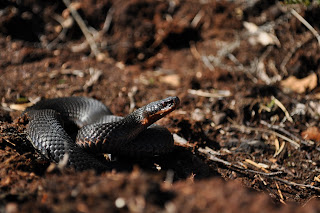 http://terrariummorbidum.se/forum/viewtopic.php?f=10&t=941
Later in the day I found out Christian came back from Germany so we decided to do some mountain biking. We rode out to Paloheinä to do a quick lap of the Scandinavian championship course from 2006 in which I placed 12th. There were not many racers but the level was pretty high.
http://www.fillari-lehti.fi/perus/racing/2006/pmelite.htm

Was fantastic and felt really good and a bit nostalgic. Not as light as i used to be but still was able to roll pretty fast. Felt a bit funny also wearing baggy shorts and coat. =) 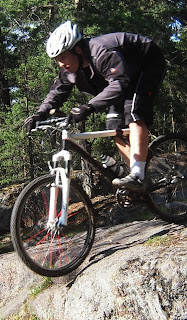 Might start biking a bit more again! Was surprised to have so much fun with it!  Christian seemed to have fun also despite having a few mishaps.  We managed a quick 27km with fantastic weather.  Well in any case this weekend will be interesting as I head to the west coast to a small island to do some work. The weather looks good. Thanks for reading and look for the post about the island! =)
Posted by Unknown at 1:26 PM